Members of Young Farmers’ Clubs (YFC) will be joining conservation and farming experts to enhance their understanding and skills in precision arable farming. 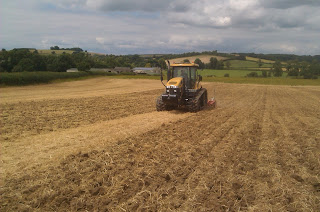 
GWCT’s Phil Jarvis commented: "It's really important to show the next generation of farmers how technology can aid both profitable food production and help protect our farmed environment. I'm sure this event will stimulate informative discussion and positive messages."


Sam Dilcock, newly-elected Agriculture and Rural Issues (AGRI) chairman and self-employed contract farmer said: “As an Industry, we are becoming ever more scrupulous over our inputs, returns and best practice to deliver on our customers’ expectations. Best practice is a combination of cutting-edge innovations alongside tried and tested methods, to produce food which is safe for the consumer and the environment. This is paramount for the future of agriculture.  This precision farming event will deliver knowledge from experienced industry experts which our members will find both intriguing and informative on a practical level.”


Young farmers will experience conservation and farming practices first-hand at the 333 hectare mixed arable and livestock business headed up by Phil Jarvis , hear from the project’s director of policy Dr Alastair Leake, and from head of Allerton’s development and training Jim Egan 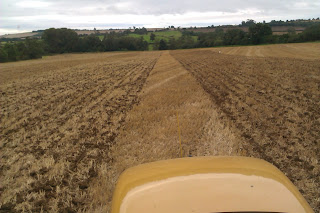 The Allerton Project is home to ground-breaking research on many areas of farming, including the successful implementation of water-friendly farming. As crop profit margins are squeezed, the need for informed management of the natural resources available to the farm becomes paramount.  The Allerton Project’s aims are to research the effects of different farming methods on wildlife and the environment, and to share the results of this research through educational activities.


For more information on the event and to book, contact: sarah.palmer@nfyfc.org.uk or book directly via the NFYFCwebsite.

Members of the YFC organisation play an important role in current (and future) social and economic aspects of the rural community. They play a key role in the sustainability of rural environments and therefore have a great interest in maintaining viable conditions in which to live and work.  YFC members can sign up for the event by visiting the NFYFC website.

The Game & Wildlife Conservation Trust – providing research-led conservation for a thriving countryside. The GWCT is an independent wildlife conservation charity which has carried out scientific research into Britain’s game and wildlife since the 1930s. We advise farmers and landowners on improving wildlife habitats and we lobby for agricultural and conservation policies based on science. We employ 22 post-doctoral scientists and 50 other research staff with expertise in areas such as birds, insects, mammals, farming, fish and statistics. We undertake our own research as well as projects funded by contract and grant-aid from Government and private bodies. The Trust is also responsible for a number of Government Biodiversity Action Plan species and is lead partner for grey partridge and joint lead partner for brown hare and black grouse.


The Allerton Project - www.gwct.org.uk/allerton
Posted by Farmer 'Phil' Jarvis at 17:46