The winter weather continues to batter our beleaguered crops (yes, I did have to check if that was a real word) and I happened to catch up on the debate about 'greening' the CAP. It seems like the okey cokey, putting a bit in, a bit out and shaking it all about. It leaves me mystified that having tried to reduce administration through the MacDonald review, this lot coming over the hill, could be a monster of bureaucratic madness. I'm sure by the end of it I will be less green than I was before. I digress!!

We have a Swedish intern , Linnea Aronsson, working with us and she is mapping the whole farm by GPS and using some complicated mapping programme. We were discussing some issues surrounding field margins and using Google Earth to highlight the area of concern.
I was delighted to see the results of our GPS cultivations, with nice straight lines, no overlapping and such a professional job. 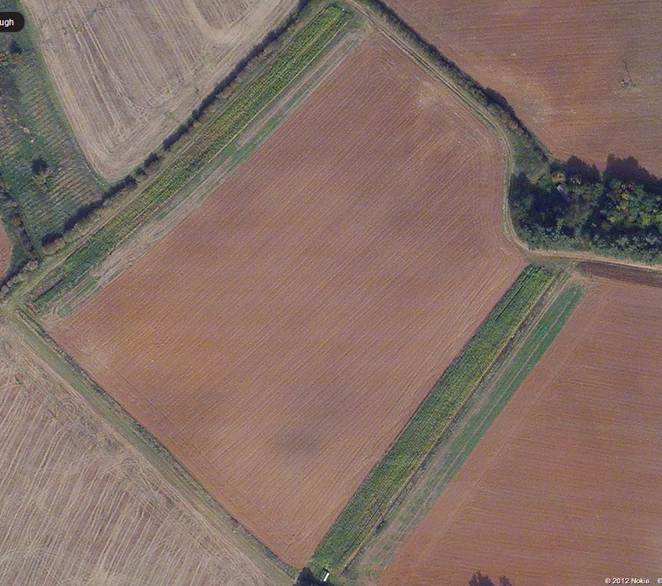 However, the next door field did not have the same look, it was a field where the straw had been removed by contractors. Now as someone who is considering reducing my tillage operations further I was horrified to see the route plan the straw carting operation takes (you might need to zoom in for full effect). Now I know straw carting is an imprecise science, but I have never seen it so vividly illustrated. So how do I solve the quandary, bale chaser, no straw removal, lower ground pressure tyres, sticking only to tramlines ....... time for a serious rethink thanks to Google Earth Farm Management ! 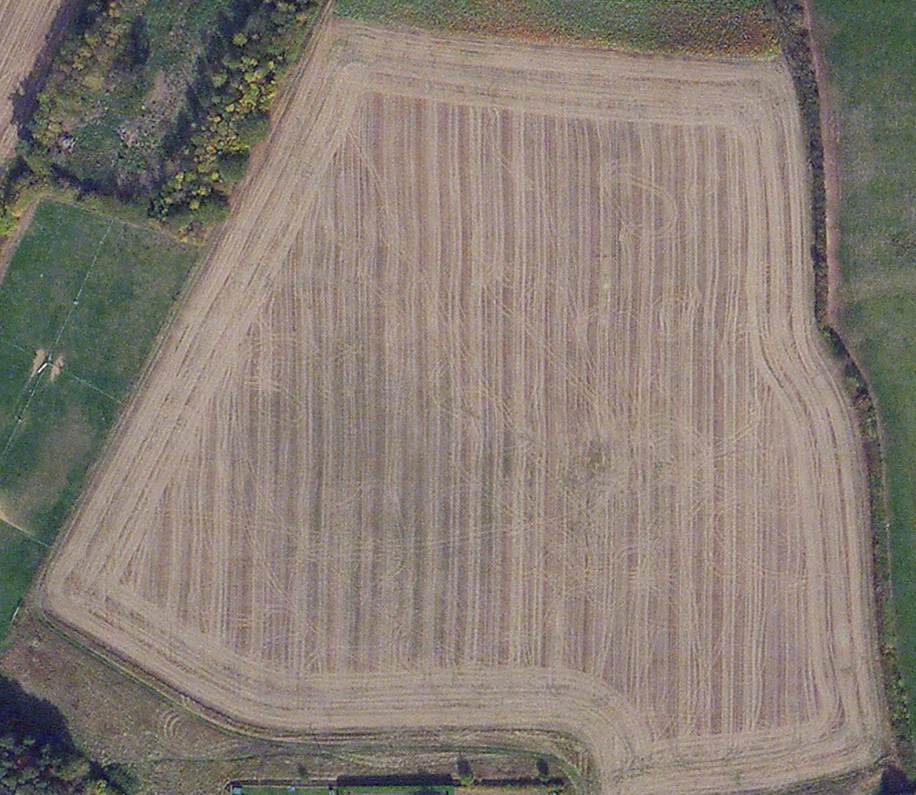 PS  Its 1.8 degrees Celsius  at Loddington  and the BBC has gleefully told me that this time last year some parts of the country reached 21 degrees Celsius.
Posted by Farmer 'Phil' Jarvis at 17:57 No comments: 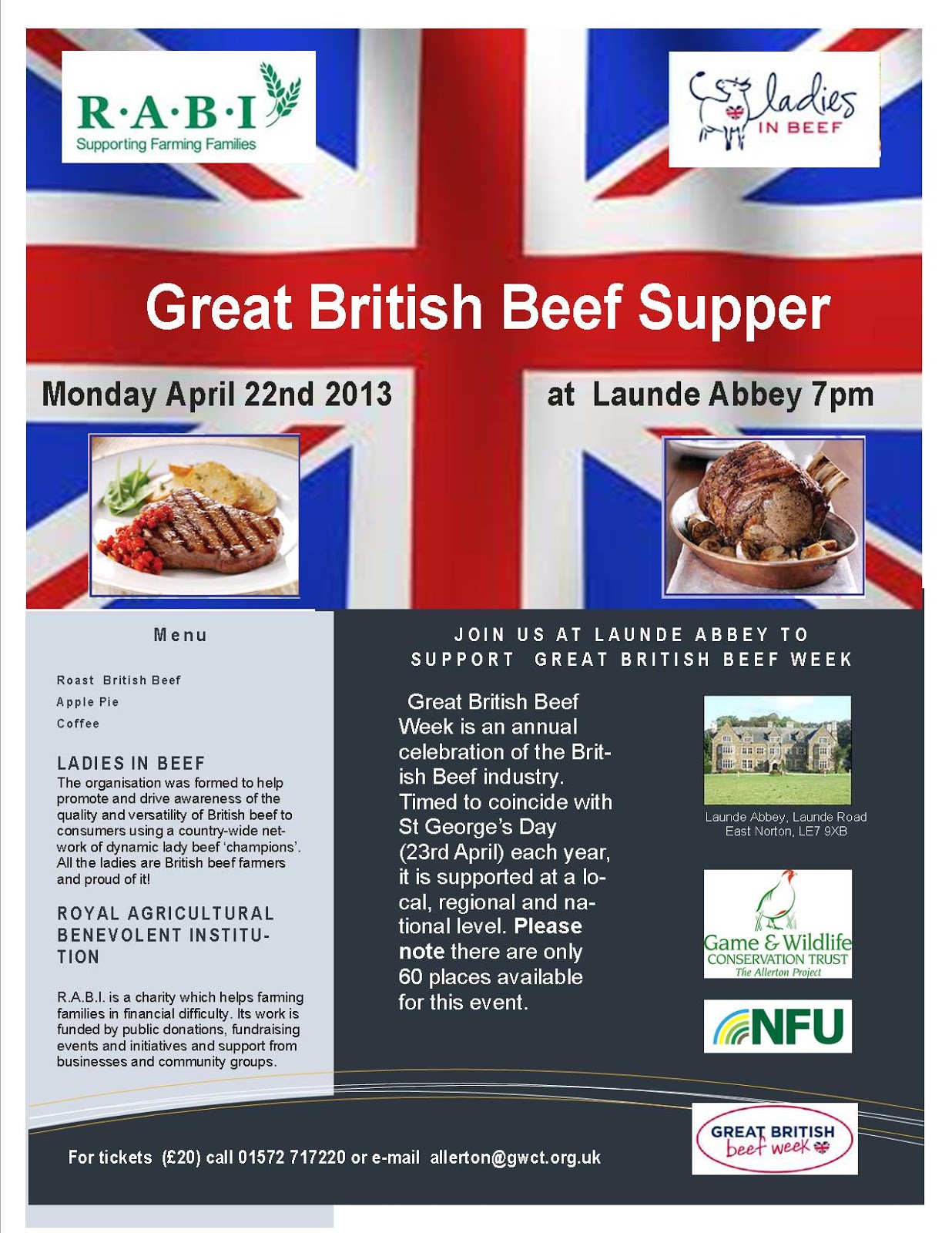 It is fair to say that the 2013 NFU Conference received a tremendous amount of attention with television, radio and newspapers being joined by a growing social media platform. On Twitter,  #NFU13 trended No 1 in both UK and worldwide, within 24 hours there were 14,781 tweets, 4,360 retweets and an audience reach of 1.8 million.

Phil Jarvis, Head of Farming for the GWCT's Allerton Project looks at his highlights.

The Food Chain: This was obviously going to be the big story, fresh on the hooves of 'horsegate'. Philip Clarke from Tesco certainly appeared assured, although 'the lions den' feeling began to creep in towards the later stages of questioning from delegates. In essence, Mr Clarke intentions are for a shorter meat supply chain and a stronger partnership with British farmers. One or two comments might lead to some cynicism, "100% British chicken - wherever possible"; not particularly committed on UK/Welsh lamb; when asked if Tesco might share their 24p/litre margin on milk " he responded negatively by saying "thats commerce". The new dawn in the food chain might be a bit premature, but Mr Clarke did express "that the hand of partnership was sincere".

Owen Paterson commented on the food labelling issue by saying 'the full force of the law' should be felt by anyone who had committed fraud. We shall see. He also said farmers should be able to use all the tools in the box to produce food more efficiently, including GM.

One area I fail to comprehend is how, when a recent EU Directive banned sow stall production, is it possible to still import and sell such pork through our retail outlets . What is the point of directives if they are not policed!

TB: On Wednesday, Owen Paterson confirmed the badger cull will go ahead later this year in the pilot areas. On Thursday, the conference hall got quite lively when Huw Irranca-Davies, Shadow Food and Farming Minister, said he was against the cull. Adam Quinney, NFU Vice President, handled the situation well asking for polite and constructive debate, but delegates and Mr Irranca-Davies will have to 'agree to disagree'.

CAP Reform: NFU President stressed the need for a level playing field for English farmers, both within the United Kingdom and Europe. Comments on greening, modulation and directing further funds into Pillar 2 drew a later response from the RSPB's Martin Harper .

Red Tape; This did get a brief airing outside the main conference arena. Although I have yet to read the Macdonald Task Force 'one year on report' and DEFRA's response and action plan. I feel there are too many areas of contention and any real impact seems a long way off.

Break Out Sessions; The conference provided a great  opportunity for updates in the main agricultural and developing sectors. I took in combinable crops, renewables and the growing use of social media.

BF&G Conference Summary; I have to tip my hat to the team who produced this 24 page summary within 24 hours. It is definitely worth investing an hour to read through.