Peter Thompson replies to the 'Elephant in the room'

This is taken from todays guest blogger Peter Thompson

The Elephant in the room - world population growth. 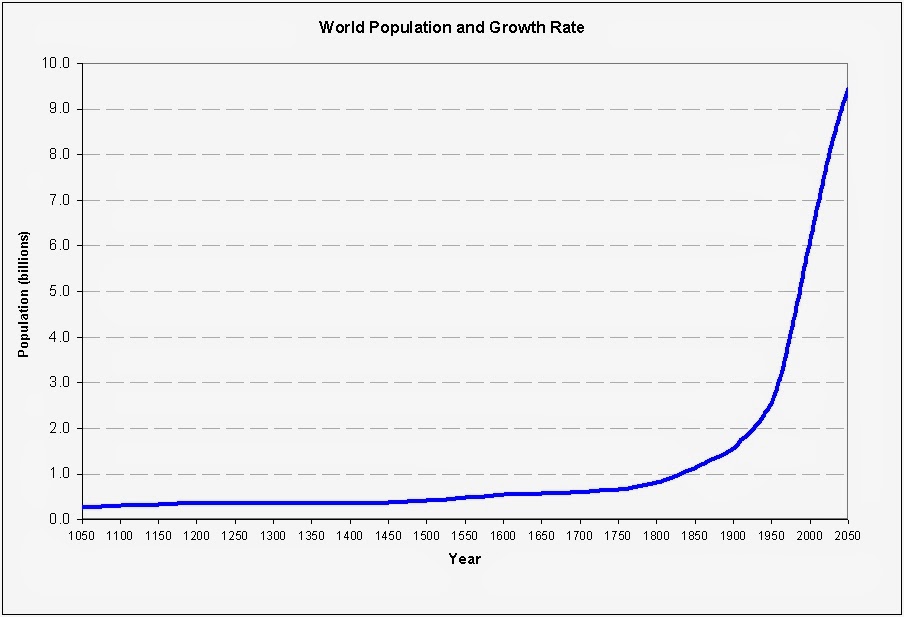 Fellow GWCT colleague “Farmer Phil” Jarvis wrote an interesting piece on the difficulties that the agricultural industry will face, if in the future we continue to loose active agro-chemical ingredients and don’t replace them with new technology. You can read what he had to say on: http://loddingtonestate.blogspot.co.uk/

Phil finished his article by saying “The elephant in the room - 'population growth'... who would like to continue that debate?”

Well Phil, you know me - so here are a few thoughts on the subject!

At the moment there are more than 7 billion people on the planet, all of whom need feeding and we are already falling short as more than 800 million people are hungry. According to the United Nations, we will need 60% more food than we currently produce to feed the world’s projected population by 2050.

Listen, I’m certainly no expert on this, but that sounds all a bit scary to me. So I have turned to two people who are experts in this field – namely Malcolm Potts, Bixby professor at the School of Public Health at the University of California, Berkeley and Martha Campbell, who is president of Venture Strategies for Health and Development and a lecturer at the University of California, Berkeley.
This is what they have to say on the matter.

“The United Nations Population Division has made a radical shift in its population predictions. Previously, the organization had estimated that the number of people living on the planet would reach around 9 billion by 2050 — and then level off. Now everything has changed: Rather than levelling off, the population size will continue to grow, reaching 10 billion or more at century's end. Rapid population growth inhibits many of the factors of development from proceeding apace — including education and health.

In all our research, we have not found any country, with the exception of a few oil-rich states, that has developed or extricated itself from poverty while maintaining high average family size. Countries with high birth rates tend to find it difficult or impossible to expand their education systems or their health systems adequately to keep up with the need. However, at present many women across the globe, especially poor women, do not have access to family planning.

This matters beyond any one country or region. If we want to live in an ecologically sustainable world, we'll have to meet the needs of the present without compromising the natural resources and services our children and grandchildren will need. Given time, and a great deal of scientific ingenuity, we might still be able to reduce our consumption and pull a world of 8 billion people back to a biologically sustainable economy by the end of the century. But a world of 10 billion could do irreversible damage to the planet. It's just too many people.

We've now been warned. If measures are taken now, we could still keep the 2050 world population at around 8 billion. We have to ensure that the population can be slowed by purely voluntary means and within a human rights framework. We need to galvanize the political will to make it happen and invest now so that family planning options are universally available. Fail to do so, and we may give birth to a new, difficult era of poverty instead”.

So, it appears blatantly obvious to me anyway, that if all life, including humans, is to have any sort of future on this planet, then we need to act quickly to introduce widespread contraception across the world, making sure that the wealthier nations help to fund the poorer countries so as to make this possible.

So Phil, as requested I have continued the debate. But actually what is needed now is action, not more words.