I thought long and hard about how to write an interesting blog about rainfall statistics. I'm not sure its possible, but I would like to muse over the concept of using general statistics and secondly the MET Office wettest year figures.  Now the headline grabbing phrase was '2012 was not the wettest year on record in the UK', we had 6.6 mm more rain in 2000. The table below is from Met Office figures.


Generalisations are great for 'headlines and soundbites' but often leave many 'statos' yearning for more detailed figures for our region or farm. The 14% harvest yield reductions muted in October by the NFU harvest survey had me screaming that our harvest yield reduction was at least double this figure. Yes ... I know the figures are averaged out across the country and I filled in the survey so my yields are in there.

So with this in mind, lets look at the Met Office precipitation in individual UK countries; 2012 was the wettest year on record for England, third wettest for Wales, 17th wettest for Scotland and ......blimey Charlie it was 40th wettest for Northern Ireland. Now I am happier that its a bit more in perspective..... but perhaps we could drill down to the parish of Loddington and Launde in Leicestershire ?
﻿ 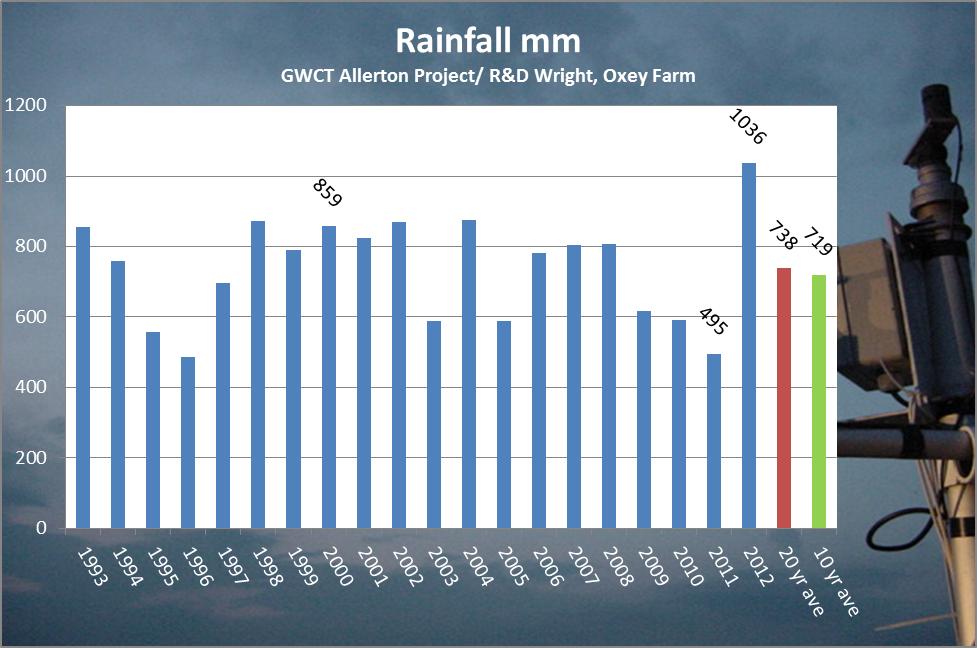